2016 and Adobe still wants a reboot after an Acrobat upate

Adobe have released a security update for Acrobat (hardly a rare occurrence). So, being the security conscious user that I am, I went ahead and updated. Now Acrobat Reader wants me to restart my system. 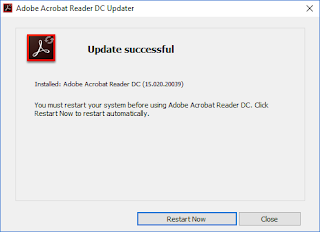